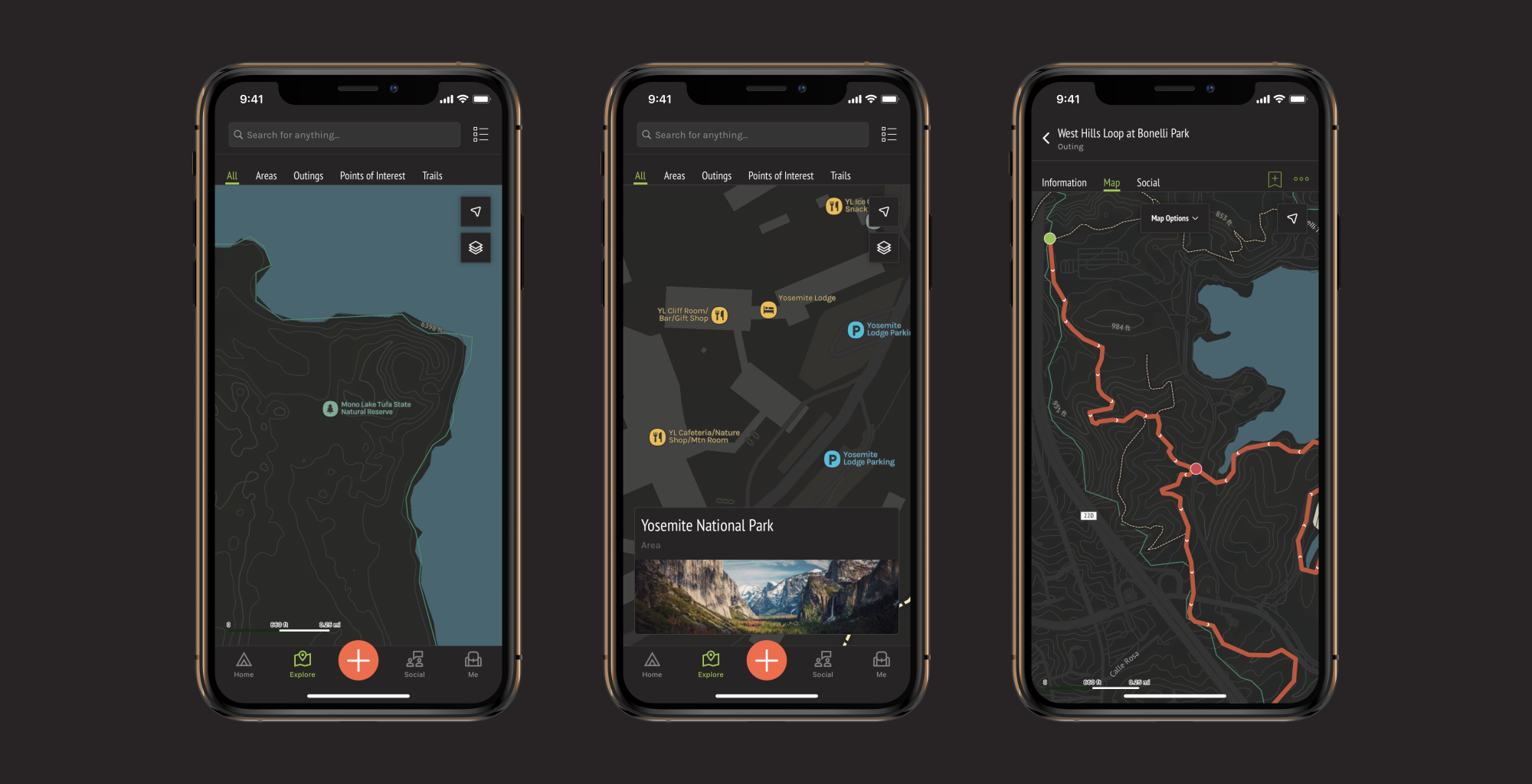 Dark Mode and More for iOS

We recently pushed OuterSpatial iOS 2.9.0 to the App Store, and I'm excited to highlight some of the improvements included in this release! As usual, this release also includes a number of smaller updates and fixes. You can read about them in the full release notes.

We've introduced a beautiful dark color palette that complements our "light" palette and applied it throughout the app, paying attention to each and every detail.

We even went a step further and designed a dark version of our map to make navigating at night delightful.

Dark mode is not only pretty; it's also considered an accessibility feature by many users. So toggle it on and take a look!

Outing route lines now have directionality arrows so you can easily tell which way you're heading. This is especially useful for longer Outings that cover large areas.

A screenshot of the West Hills Loop at Bonelli Park Outing in OuterSpatial iOS, with the Outing directionality arrows visible.

We introduced elevation profiles for Trails and Outings in iOS 2.8.0. With this release, we're making them more useful by adding interactivity to the chart. You can now tap and drag your finger on the chart to show the distance and elevation at a particular location along the elevation profile.